How does a small town celebrate the liberation from decades of doddering internet service to its rebirth as a modern gig city with connectivity speeds matching that of San Francisco, Austin, and Kansas City? With a ribbon-cutting photo op, a humble plaque presentation, congratulatory speeches from visiting dignitaries, and a tray full of cookies with sprinkles.

Considered the most advanced delivery mechanism for today and tomorrow’s technology, fiber optic broadband could be a game-changer for the central Oklahoma community. Despite its proximity to the collegiate hub of Norman, Noble suffered from the same telecommunications deficit that plagues millions of rural Americans. Noble City Manager Bob Wade said they waited 20 years for AT&T and Cox to upgrade service to the community, “but they promised and never delivered.” When DSL lines slowed to the point that city hall and local emergency responses suffered the effects, city leaders turned to their neighboring electric cooperative for help.

Oklahoma Electric Cooperative (OEC) created OEC Fiber in 2017 to meet the need for modern telecommunication service throughout their seven-county service territory. The co-op began construction in 2018. Today, they are one of 150 electric cooperatives in the nation delivering blazing-fast broadband via fiber optic cable strung between power lines.

“We felt it was necessary to provide this service in our area, and not just to our members,” Patrick Grace, CEO of OEC, told attendees. “There’s such a strong need for broadband connectivity throughout rural America, and there’s not a lot of options out there.”

Today, more than 7,500 OEC members enjoy the high speed and reliability of OEC Fiber’s internet, telephone, and television services. Once their fiber buildout is complete, OEC’s 43,300-member system will include more than 5,600 miles of fiber optic cable. Grace says Noble is OEC’s first fiber-connected community, but they hope to serve more towns as the buildout continues.

“Rural areas need broadband if they are to offer telemedicine services and other services. Right now, parents have to take their kids to McDonald’s so they can log on and do their homework. I hate to say this service changes lives, but we hear the stories,” he added.

Several elected officials attended the reception, including U.S. Rep. Tom Cole, state Sen. Mary Boren, and state Rep. Jacob Rosencrants. Cole, whose congressional district includes Noble, said the need for high-speed telecommunications in rural areas is an issue that unites Republicans and Democrats. He expects the U.S. House of Representatives to include rural broadband access in an infrastructure bill this year.

Conexon works with Rural Electric Cooperatives to bring fiber to the home in rural communities. The company is comprised of professionals who have worked in electric cooperatives and the telecommunications industry, and offer decades of individual experience in business planning, building networks, marketing and selling telecommunications. Conexon offers its electric cooperative clients end-to-end broadband deployment and operations support, from a project's conception all the way through to its long-term sustainability. It works with clients to analyze economic feasibility, secure financing, design the network, manage construction, provide operational support, optimize business performance and determine optimal partnerships. To date, Conexon has assisted more than 150 electric cooperatives, 40 of which are deploying fiber networks, with nearly 100,000 connected fiber-to-the-home subscribers across the U.S., and has secured more than $200 million in federal and state grants for its clients. 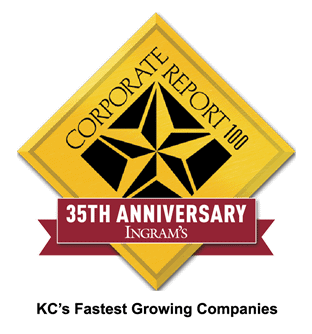